Seven editors will be taking turns to do one full day or two half days each during the week of submissions (with two other editors looking after admin). We're not going to tell you who's on when, so in alphabetical order, here are this year's editors.  (Past editors can be found below.) 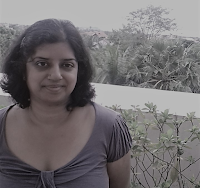 Anita Goveas is British-Asian, London-based, and fueled by strong coffee and paneer jalfrezi. She was first published in the 2016 London Short Story Prize anthology, most recently in Little Fiction and Gone Lawn. She’s on the editorial team at Flashback Fiction, an editor at Mythic Picnic’s Twitter zine, and tweets erratically @coffeeandpaneer. Her debut flash collection, ‘Families and other natural disasters’, is available from Reflex Press, and links to her stories are at https://coffeeandpaneer.wordpress.com. 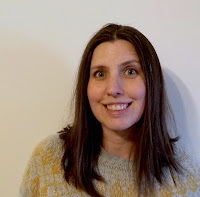 Sara Hills is a Pushcart-nominated writer from the Sonoran Desert. Her stories have been featured or are forthcoming at SmokeLong Quarterly, Cheap Pop, X-R-A-Y Literary, Reckon Review, Cease Cows, Fractured Lit, and others. She’s had work included in the BIFFY50, commended in the Bath Flash Fiction Award, and shortlisted for the Bridport Prize. Her debut flash collection, The Evolution of Birds, will be published in 2021 with Ad Hoc Fiction. Sara lives with her family and an enormous fluff dog in Warwickshire, England. She tweets from @sarahillswrites. 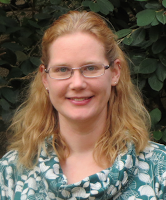 Ingrid Jendrzejewski started writing flash fiction in 2014 and has since found homes for around 100 of her pieces in places such as Passages North, The Los Angeles Review, Blue Five Notebook, The Conium Review, Jellyfish Review, and Best Small Fictions. She has won fifteen flash fiction competitions, including the Bath Flash Fiction Award and A Room of Her Own Foundation’s Orlando Prize for Flash Fiction. Her short collection, Things I Dream About When I'm Not Sleeping, was a runner-up for BFFA’s first Novella-in-Flash competition. She is currently a flash fiction editor at JMWW and editor-in-chief at FlashBack Fiction.  She is on Twitter @LunchOnTuesday & online at www.ingridj.com. 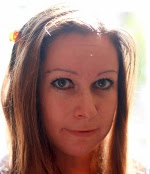 Cassandra Parkin has been writing fiction all her life, beginning with Doctor Who fan fiction when she was five and working upwards. Her short story collection, New World Fairy Tales, won the 2011 Scott Prize for short stories and she has since published six novels with Legend Press. Assuming the world hasn't ended by then, her seventh novel, Soldier Boy, will be published in October 2020. She is married with two children, has so far resisted her clear genetic destiny to become a mad old cat lady and lives in a small but perfect-formed village in East Yorkshire. Her Twitter handle is @cassandrajaneuk and she sometimes posts cat pictures on Instagram as @cassandraparkinwrites. 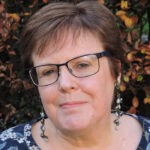 Diane Simmons studied creative writing with The Open University. She is a co-director of National Flash Fiction Day in the UK and a director of the UK Flash Fiction Festival. She has been a reader for the international Bath Short Story Award, is an editor for FlashFlood and has judged several flash competitions, including Flash 500, NFFD Micro and New Zealand’s Micro Madness amongst others. Widely published and anthologised, Diane has been placed in numerous short story and flash competitions. Finding a Way, her flash collection on the theme of grief, was published by Ad Hoc Fiction in 2019 and was shortlisted in the Best Short Story Collection category of the 2019 Saboteur Awards. Her historical flash fiction novella, An Inheritance, was published by V. Press in early 2020 and was shortlisted in the 2020 Saboteur Awards Best Novella category. Her novella-in-flash Top Table was recently shortlisted in the Retreat West novelette-in-flash competition. You can read more here: https://www.dianesimmons.co.uk/.

Judi Walsh writes poetry and flash fiction. Her work has been listed for several awards including the Salt Flash Fiction Prize, National Flash Fiction Day Micro Competition and the Bath Flash Fiction and Novella-In-Flash awards. She is an editor at FlashBack Fiction. She tweets @judi_walsh. 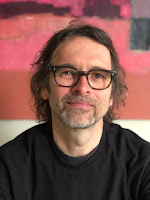 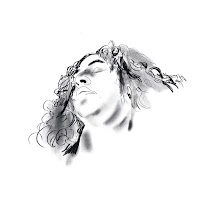 Originally from Manchester, Tim Craig lives in London. A winner of the Bridport Prize for Flash Fiction, his stories have placed three times in the Bath Flash Fiction Award and have appeared in both the Best Microfiction Anthology and the annual BIFFY50 list. He is a Submissions Editor for Smokelong Quarterly. (Twitter: @timkcraig)

Shirley Golden writes short fiction. Her work has appeared in print and online. Her most recent publications are in Dream Catcher, issue 26 and on 1000WORDS. She won the Exeter Writers Short Story Competition 2013. Her stories can be downloaded to mobile devices from Ether Books, or viewed through her website. Visit http://www.shirleygolden.net/ for more information, or tweet to her @shirl1001 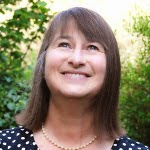 Susan Howe has been writing fiction for about ten years. Her short stories are scattered between Ether Books, Alfie Dog Fiction, magazines and anthologies. She has won Flash500 twice and 'The Beast Next Door’, now a short feature film by Bugger of a Kid Productions, was screened in New York in 2014. Susan's most recent achievements include stories published in Twisted Tales, Eating My Words, The Edge of Passion, Fifty Flashes of Fiction, The Bookmuse Journal and Fine Linen. She blogs, or bribes other writers to blog, at the long and the short of it. 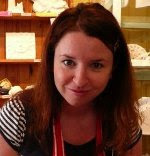 Susi 'SJI' Holliday has flash fiction and short stories published in various places online and in several anthologies. She won the Global Short Story Competition in 2010 and was shortlisted for the inaugural CWA Margery Allingham Prize. She is the author of four crime novels and will soon be releasing a ghostly mystery. More info at: http://www.sjiholliday.com/. Follow on Twitter at @SJIHolliday 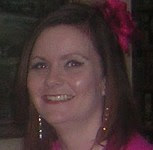 Caroline Kelly is mum to two boys and by day is a solicitor, by night - or any other time she can squeeze in! - a writer.  She has had poetry published as part of an anthology, has won the txtlit competition which is run monthly and often takes part in the weekly Friday Prediction, which lets her explore her more gruesome side.  Caroline is currently working on her first novel (a thriller) whilst continuing to write short stories and flash fiction. As part of the day job, she also regularly writes news articles for a website.  Caroline also participates in a monthly book group, reviewing and discussing all types of fiction.

Calum Kerr is the Founder and co-Director of National Flash-Fiction Day, editor of Gumbo Press, Teaching Fellow in Creative Writing at the University of Southampton and a writer of flash-fiction. He has had stories published in many places: Bugged, Litro, The Pygmy Giant, Flash, Shoestring; had his own programme of them on Radio 4 at Christmas; a pamphlet which from Salt, entitled Braking Distance, a collection from Cinder House, entitled Lost Property, and this year is writing a collection each month. He is, basically, obsessed with flash-fiction and writing in general. More info at http://www.calumkerr.co.uk/ 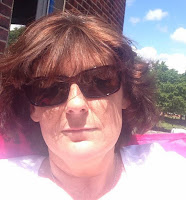 Katharine Kerr has a Master's degree in Creative & Critical writing from the University of Winchester, and is a flash-fiction writer who, from 2012-13 embarked on a project to write a flash-fiction every day for a year. These can still be read at mrsflash365.blogspot.co.uk. Stories from this collection have appeared in various places, including previous editions of FlashFlood. In 2013 she collaborated on a short collection, Mr & Mrs Flash, with her husband, Calum, which is available on Kindle. 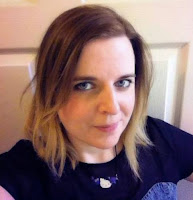 Amy Mackelden is a writer based in Newcastle upon Tyne. She is co-editor of Feminist Trash TV Blog Clarissa Explains Fuck All, and co-founder of Northern Poetry Print Journal Butcher’s Dog. Her microfiction blog, July 2061, was shortlisted in the Best Writing category at the Blog North Awards 2012 and she won a Northern Promise Award from New Writing North in 2011. Her work has appeared in places like The Journal, Versal, Social Alternatives, NANO Fiction, Fractured West and anthologies from Leaf Books and Cinnamon Press.Faber academy alumnus 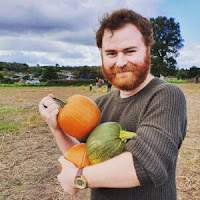 Santino Prinzi is a Co-Director of National Flash Fiction Day in the UK and one of the founding organisers of the annual Flash Fiction Festival. His debut, full-length flash fiction collection, This Alone Could Save Us (2020), is available from Ad Hoc Fiction. His flash fiction pamphlet, There’s Something Macrocosmic About All of This (2018), is available from V. Press. His writing has been published in various magazines and anthologies, including Best Small Fictions 2019, Best Microfiction 2020, SmokeLong Quarterly, Flash: The International Short-Short Story Magazine, Jellyfish Review, and many more. To find out more follow him on Twitter (@tinoprinzi) or visit his website: santinoprinzi.com

Kiira Rhosair is putting final touches to a YA mythological fantasy for submission. She writes micro-fiction in her spare time with pieces published by @FlashBackFic, Flash Flood Journal, @cafeaphra, @Funny_PearlsUK and was shortlisted by @TSSPublishing (Spring 18). She is on Twitter @kiirawrites. 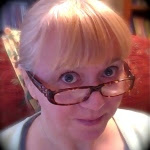 Nettie Thomson is a writer, photographer and poodle wrangler. She has had short fiction published in a variety of magazines, won a crime writing competition and was longlisted in the 2011 Words With Jam First Page competition. Nettie won 3rd prize in the 2012 FlashBang competition. She is working on a children's book about a Glaswegian pirate and a black comedy about a troubled maths teacher with 'visions'. 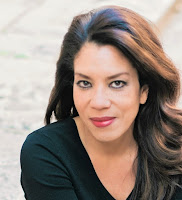 Charmaine Wilkerson is an American writer living in Italy. Her flash fiction can be found in Best Microfiction 2020 and other anthologies and magazines, including 100 Word Story, Litro Magazine, FlashBack Fiction, New Flash Fiction Review, Fiction Southeast, Bending Genres, Reflex Fiction and Spelk. Her novella ‘How to Make a Window Snake’ (Ad Hoc Fiction) is the winner of a Bath Novella-in-Flash Award and a Saboteur Award for Best Novella. She tweets at @charmspen1.

We are thrilled to announce our 2022 Best Small Fictions nominations:   A girl by Melissa Llanes Brownlee   Detached by Anika Carpenter ...